Puerto Limon Highlights Tour. Make the most of your day in Puerto Limon with this action-packed shore trip that will offer you a taste of Costa Rica’s Caribbean attractions.

Visit a functioning banana plantation and sail along the biodiverse Tortuguero Canal to spot animals. You’ll also enjoy a picturesque drive along the coast, go on a Limon city tour to learn about the region’s rich culture, and look for gifts at local stores.

When your cruise lands at Limon’s port in the morning, meet your driver and guide and begin on a combined experience that shows you the region’s natural and cultural features. Limon province has a different energy from the rest of the nation, as well as a rich cultural legacy that includes Afro-Caribbean, Bribri, Cabécar, Asian, Italian, and Central American origins.

Compare the Puerto Limon Highlights Tour to other Limon tours -> 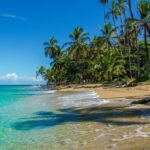