Tortuguero Canal Eco Cruise & Banana Plantation Tour. Make the most of your time in Costa Rica when your cruise ship docks in Limon with a half-day shore excursion to Tortuguero National Park, which is perfect for wildlife enthusiasts.

During a jungle canal ride and tour of the Del Monte Banana Plantation, keep an eye out for howler monkeys, sloths, toucans, and other wildlife. This small-group trip, limited to 15 persons, includes a tropical fruit snack as well as port pickup and drop-off.

The morning of your beach trip begins with port pickup. You’ll be on your way to Tortuguero National Park once you’ve boarded an air-conditioned car.

Climb aboard a covered boat for a thrilling ride through the Tortuguero Canals, which are home to a varied range of animals including howler monkeys, sloths, crocodiles, bats, aquatic birds, and toucans.

After the boat trip, you’ll have a tropical fruit snack before heading to the Del Monte Banana Plantation. Before returning to Limon port, take a tour of the region and learn more about bananas.

The Tortuguero Canal Eco Cruise & Banana Plantation Tour will have a maximum of 15 travelers.

Compare to other Limon tours -> 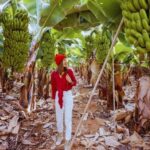